Students will be grouped together according to the instruments they play as well as their level of playing, generally segregated into beginner, intermediate and advanced levels.

Courses are structured by terms, with each term consisting of 10 weeks and 10 lessons. Students can look forward to an end-of-term internal performance every 10th week and an annual performance at the Esplanade Recital Studio in the 4th term.

Instrumental students will enjoy discounts should they participate in these modules.

Another unique feature of MASLO is the Large Ensemble module with a minimum size of 20 musicians to commence. This genre will be a special treat for many students to explore an entirely new realm of repertoire and sounds!

What you can expect and why should you join MASLO?

Playing in a group is FUN!

Learning to play an instrument with peers who are at a similar age and level can be exciting and fun. Having other people to play with can relieve stage fright and drown-out any musical imperfections. Playing in a group boosts confidence and helps to make practice and learning enjoyable.

Community is just as crucial for children as it is for adults, and especially so for teenagers. Being a part of a group with individuals that share similar interests will help build and strengthen a connection to other people. Becoming part of a musical ensemble will help us find unexpected friends. Typically, friendships made while working in groups are built on support and camaraderie. People who feel that they have supportive friends are most capable of making it through hardships and any parent would love for their children to experience this.

Most students, young and young-at-heart, find it challenging to go from working alone to working in a team. Often, it is difficult to immediately sync with other people’s musical skills. Playing music in a group, however, helps to develop synchronization. To maintain the beautiful sound of music, fellow musicians and students will work hard to play in tune and on time. Individual students soon begin to realize that they can make better music together instead of separately and this can make lessons so much more enjoyable than one-to-one classes.

Playing in a group is great motivation for prospective musicians to learn quickly and practice consistently. After all, we all want to sound good when the time comes to play in front of a crowd or our friends. This not only inspires better performance, but it also builds a competitive spirit. While too much competition ruins teamwork, a healthy sense of it pushes everyone to work harder.

More than learning new skills, playing in a group offers lifelong benefits. In the big picture, the soft and hard skills developed in an ensemble goes a long way and positively affect other aspects of the students’ lives, on top of the joy of music making. 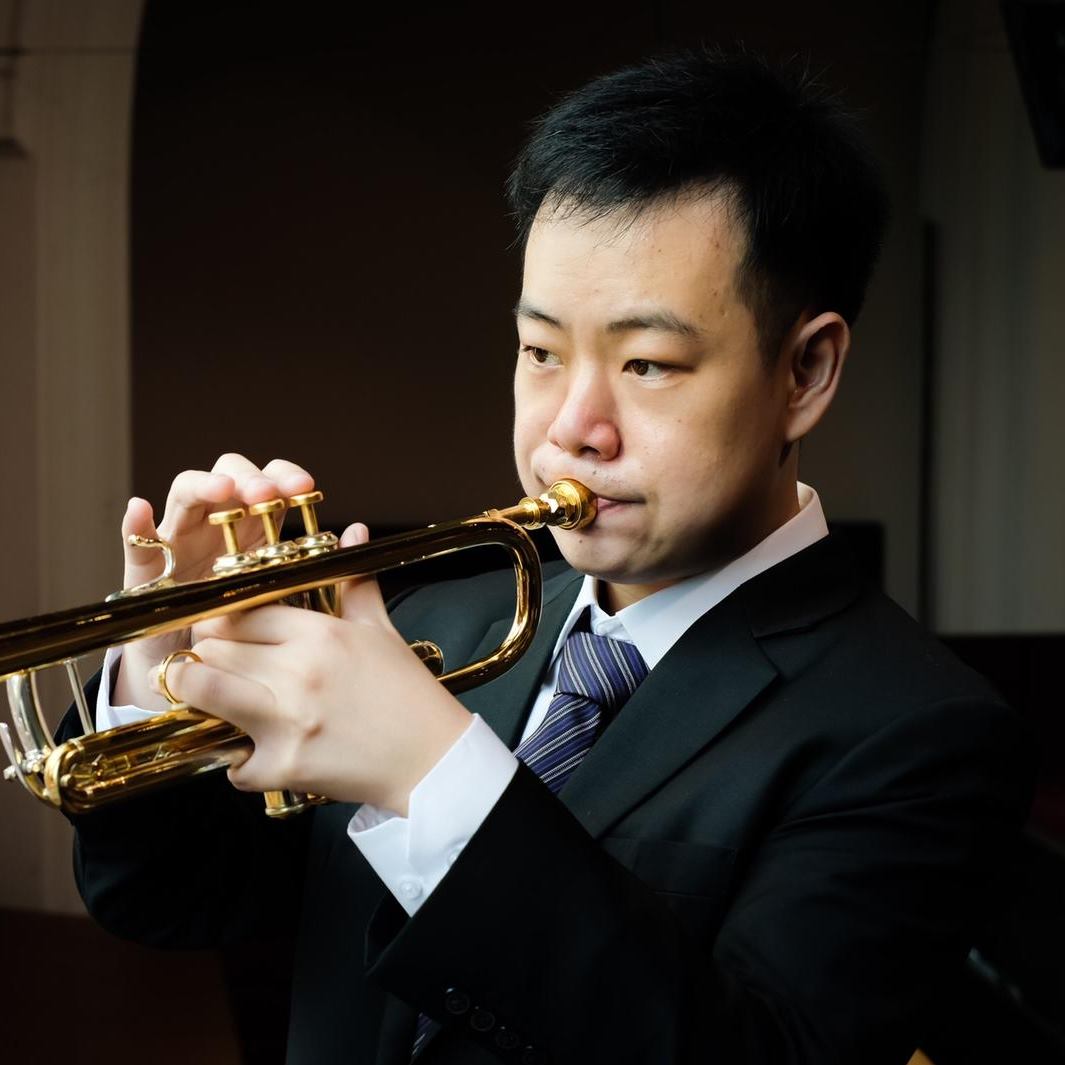 Ray holds a Bachelor of Music (Hons) from the Hochschule für Musik Detmold in Germany, and a Diploma in Music from the Nanyang Academy of Fine Arts. His principal teachers include Prof. Klaus Bräker, Willem van der Vilet, David Smith, and Hannes Rux (Baroque Trumpet).

Prior to returning to Singapore, Ray has performed and toured with various orchestras in Germany such as the Landestheater Detmold, Wernigerode Kammerorchester, and the Neue Philharmonie München. Ray has also received scholarships to attend the Moritzburg Festival Academy and the Animato Foundation Orchestra Academy. In addition, he had the opportunities to attend masterclasses by renowned trumpet artists such as Reinhold Friedrich, Luis Gonzalez, Kristian Steenstrup, and Andre Schoch.

Since returning from Germany, Ray has been actively coaching the trumpet sections from various school wind bands, as well as working as a freelance musician with the local orchestras.

Hoang Van Hoc is a full-time musician with the Singapore Symphony Orchestra (SSO) since 2019. He serves as Artist Faculty for Natural Horn and Horn at the Yong Siew Toh Conservatory, and tutor for Horn and Brasses at the Singapore National Youth Orchestra.

Van Hoc began his studies with David Jolley at the Hartt School of Music, Connecticut, USA and with James Sommerville at the Longy School of Music, Massachusetts, USA where he received his Undergraduate Diploma in 2000 and his Master of Music in 2001. Shortly afterwards, he won a full-time position with the SSO beginning in 2002.

In 2005 he successfully auditioned for a place at the Hochschule fuer Musik (HfMDK) in Frankfurt, Germany and left the SSO in order to further his studies with Sibylle Mahni, Erich Penzel and Esa Tapani, where he received a Graduate Diploma in 2008. Since then he has worked with various orchestras in Germany, including the Stuttgart Staatstheater, Oper Frankfurt, Wiesbaden Staatstheater and the Suedwestrundfunk (SWR) Sinfonieorchester.

In 2013 Van Hoc began studies in Natural Horn with Ulrich Huebner at the HfMDK where he graduated with a Masters Degree in Historical-Interpretations-Praxis in 2016. During this time, his engagements with historical orchestras include MusicAeterna in Perm, Russia under Teodor Currentzis, Das Neue Orchestra in Cologne, Germany under Christoph Spering as well as the Hamburg Barockorchester. He can be heard on recordings on the Sony label with MusicAeterna – Don Giovanni, and with Compagnia di Punto – Rosetti Symphonies.

In a display of diverse playing styles, Van Hoc has toured with artists such as Deep Purple, David Garrett and Ian Anderson from Jethro Tull. His previous teachers include Dixie de Souza and Jamie Hersch.

Mr Lim Yean Hwee is a passionate and avid music educator who has been directing wind ensembles since 1996.

On top of guiding a number of groups to successes at local and regional performances and competitions, he has also contributed to the wind music scene in various capacities including the founding of The Singapore Youth Chamber Winds, The OBOG Wind Orchestra, the co-founding of The Philharmonic Winds and Philharmonic Youth Winds and the creation of the Singapore Ensemble Competition. Besides working with groups in Singapore, he has also conducted ensembles and invited to conduct workshops and clinics in Malaysia, Taiwan, Australia, Japan and Austria.

Tay Kai Tze is a freelance performing musician and music educator based in Singapore. He maintains a busy performance schedule while also being in demand as an educator in many institutions and organizations.

He performs and records as principal oboist regularly with the Metropolitan Festival Orchestra, the ReSound Chamber Orchestra, the Singapore Lyric Opera Orchestra, the Philharmonic Winds, the Ensemble de la Belle Musique, the Asian Cultural Symphony Orchestra and is a member of the award-winning Orchestra of the Music Makers.

Oboe studies commenced with Joost Flach and later at the Sydney Conservatorium of Music and Rotterdam Music Conservatorium with Emmanuel Abbuhl, Diana Doherty and Alexandre Oguey. Kai Tze’s own oboe students can be found actively playing in many amateur or community groups around Singapore today. His students have also auditioned successfully into the SNYO, the WBAS Youth Band Festival, NAFA (Nanyang Academy of Fine Arts), YST and the OMM-SOTA Camp.